The origins of the luau go back to ancient Hawaiian tradition and has become a tourist attraction for the tourists that wish to get a glimpse of traditional culture. As the years went by the luau tradition became a timeless part of the Hawaiian experience. It is an event everyone looks forward to. Aside from dance the luau has a traditional feast. In this photo the crowd gathers around sunset to take a look at the main feature dish, Kālua pig (roasted pig).

Delicious! or, “Ono” as they say in Hawaiian. I was able to enjoy some of Hawaii’s best traditional food. This food was to die for! Kālua is a traditional Hawaiian cooking method that uses an imu, a type of underground oven. The word kālua, which literally means “to cook in an underground oven”, may also be used to describe the food cooked in this way. In this photo the pig is wrapped in banana leaves to retain moisture as it is cooked for 24 hours for the luau feast.

Photo was taking at the Grand Wailea Hotel. Please help support me by booking a flight and a hotel to Hawaii. 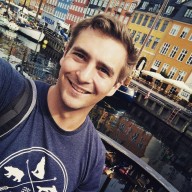